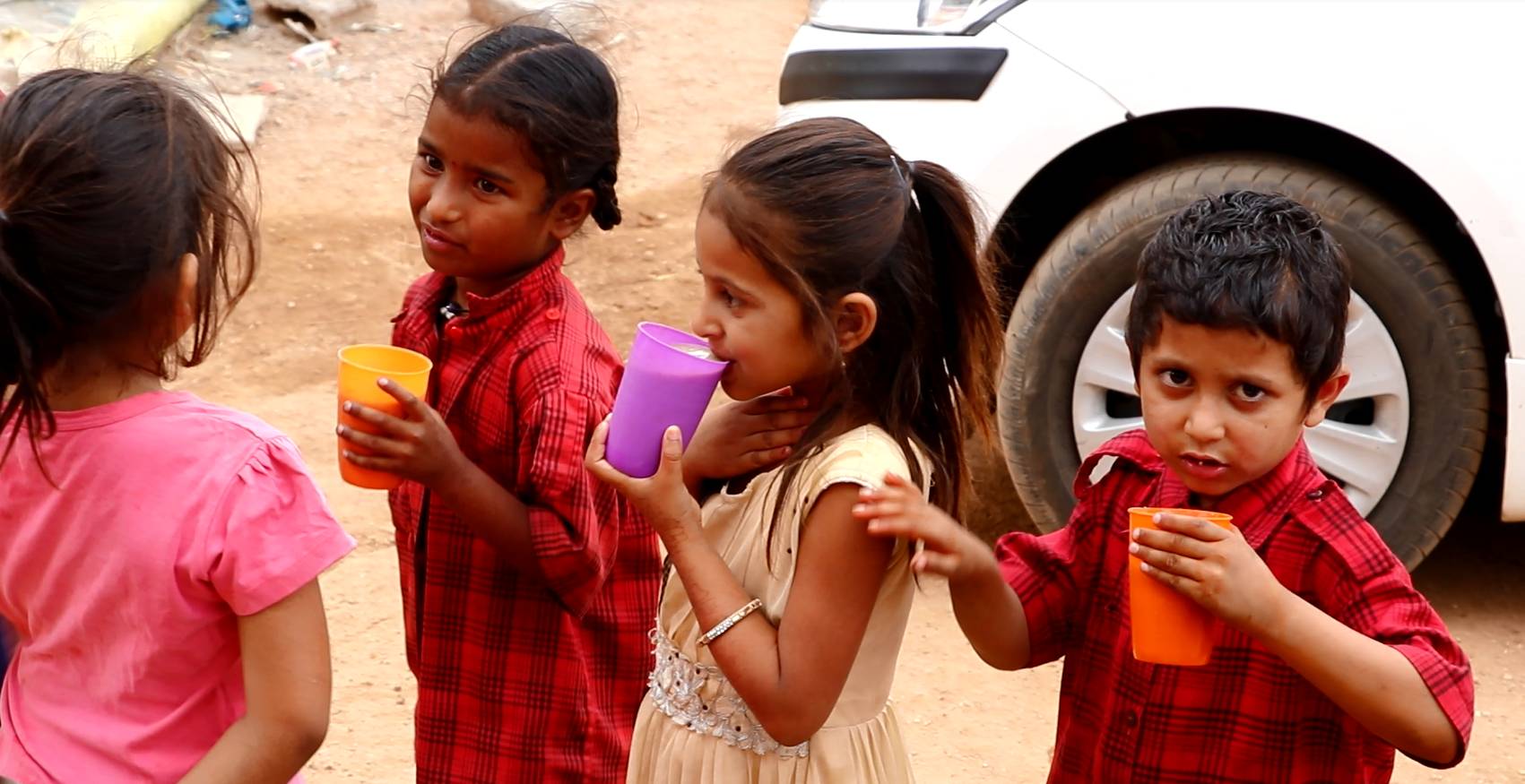 Our Supplementary Nutrition Program supports about 2,500 children each week.

When Tim Galbraith from Australia first visited India in 1976, he discussed child nutrition problems with a retired medical superintendent of Vellore Medical College Hospital. The doctor commented on the waste of money and energy by foreign organisations setting up residential homes and hostels for disadvantaged or nutritionally vulnerable children – when with less effort and money much of the problem could be tackled by keeping children with their natural family and taking steps to improve and supplement their nutritional intake. This led Tim to set up, with guidance from the doctor, and use of WHO nutrition guidelines, what is now known as the ‘SUN Program’ – Supplementary Nutrition Program.

At the outset he financed a small pilot operation, and sought to introduce it wherever he could obtain reliable volunteer helpers. One major centre was established in Tenali, where Dr Scrinavasa Rao, with his wife and daughters, ran a number nutrition centres.

By 1982 there were 12 distribution points for the nutrition drink, supplied three times a week to the impoverished and under-nourished children of the poorest segments of the population.

There are now, in 2020, over 24 distribution centres in various areas in India.

Each batch of the nutritional drink is a mixture of the following ingredients: Ragi flour, green gram, Bengal gram, groundnuts, milk powder, jaggery, and where especially needed, vitamin drops.

* Solidified concentrated sugar syrup heated to 200°C. Traditionally, the syrup is made by boiling raw sugarcane juice. It retains many more mineral salts than refined sugar, and is more slowly released to the bloodstream.

** The darker flecks are the coating from the Ragi. The shelf life is about 6 weeks, so fresh flour is supplied every two weeks to each Centre.

The milk powder is mixed to normal milk strength (15 litres) and separately the flour (made from grinding the four grains / nuts) is mixed in water & cooked to a porridge consistency.

Then the milk and jaggery is added and mixed well, and vitamins added (if needed). It is served as a thick drink – 180ml per child three times a week.

The nutrient composition of one drink is as follows:

These are not the only reports that have been made; there were other reports between 2014 and 2019, but we haven’t published them here at this time.